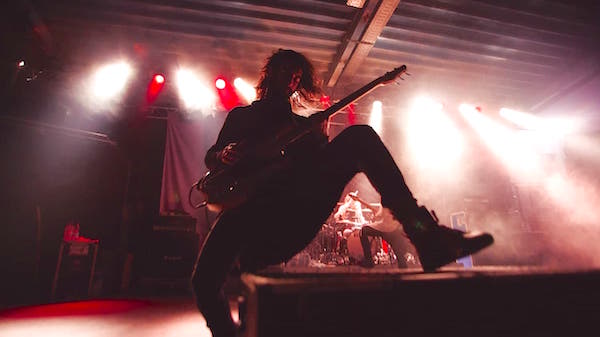 Having owned his iD14 for the best part of a year now, Northlane’s bass player, Alex Milovic finds he takes his bus-powered audio interface with him pretty much everywhere. “Playing in a heavy rock band and touring quite a bit, I found that nothing ever sounded quite right on the road compared to my small home studio. Nowadays I can take a project with me along with my iD14, and not have to worry about the mix sounding off or there being any inconsistencies with the recording.”

Northlane is never far from the road, with the Aussie band due to be in the northern hemisphere for a second time later this year showcasing their fourth studio album Mesmer. Alex is glad to have an interface that doesn’t stifle creativity when on tour. “iD14 is a great help with the writing process,” he continues. “It means that at any chance I get, I can sit down open a session and get straight to work. Whilst travelling, you don’t always have that time at home to write or prepare yourself for the studio, so having the iD14 with me is essential to being able to do everything I need to wherever I am.” 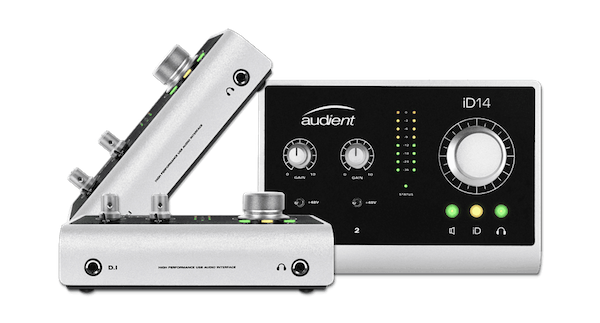 Alex has been playing bass with Northlane since the band’s formation in 2009 and is currently working on a solo project as well. “I am lucky enough to meet so many amazing people: producers, people in bands, DJs and everything in between; it is a constant source of inspiration to create and better myself.”

He had a clear idea of what he wanted in an interface; “Small enough to take away on tour, but I also wanted the option to expand it for more ins and outs via ADAT when I’m at home. Above all, I wanted something that sounded good and can handle being moved around.” The iD14 is integral to his core setup, along with a pair of Yamaha HS8s, a self-built Microsoft computer, and Ableton Live.

The iD14 has two channels of mic pres delivering 10 in/4 out with Burr-Brown AD converters. “I love the layout of the iD14; it’s simple yet effective. Having the volume encoder nice and big in front of you also double up as a form of control for parameters inside the DAW, is amazing. I use this the most when I’m working on more electronic music and needing to automate effects or sculpting sounds,” enthuses Alex. “When preparing for a tour and practising material to be played out on the road I always record myself playing so I can go back and listen to see where I can improve on my playing — it really has helped me become a better musician overall.”